Nestled in the north of England, Sheffield is a city and metropolitan borough in South Yorkshire that is historically part of the West Riding of Yorkshire.

The area now occupied by the City of Sheffield is believed to have been inhabited since at least the late Upper Paleolithic, about 12,800 years ago. The earliest evidence of human occupation in the Sheffield area was found at Creswell Crags to the east of the city. In the Iron Age the area became the southernmost territory of the Pennine tribe called the Brigantes. It is this tribe who are thought to have constructed several hill forts in and around Sheffield. Following the departure of the Romans, the Sheffield area may have been the southern part of the Brittonic kingdom of Elmet, with the rivers Sheaf and Don forming part of the boundary between this kingdom and the kingdom of Mercia.

After the Norman conquest of England, Sheffield Castle was built to protect the local settlements, and a small town developed that is the nucleus of the modern city. By 1296, a market had been established at what is now known as Castle Square, and Sheffield subsequently grew into a small market town. During the 1740s, a form of the crucible steel process was discovered that allowed the manufacture of a better quality of steel than had previously been possible. Around the same time, a technique was developed for fusing a thin sheet of silver onto a copper ingot to produce silver plating - which became widely known as Sheffield plate - that spurred Sheffield's growth as an industrial town.

The city is in the eastern foothills of the Pennines, and the valleys of the River Don and its four tributaries, the Loxley, the Porter Brook, the Rivelin and the Sheaf. Around 61% of Sheffield's entire area is green space, and a third of the city lies within the Peak District national park. There are more than 250 parks, woodlands and gardens in the city, and Sheffield is estimated to contain around 4.5 million trees.

The 21st century has seen extensive redevelopment in Sheffield along with other British cities.The city has a long sporting heritage and is home to the world's oldest football club, Sheffield F.C.Games between the two professional clubs, Sheffield United and Sheffield Wednesday, are known as the Steel City derby.

The city is home to a number of cultural attractions that continue to make tourists flock. The Sheffield Walk of Fame in the City Centre honours famous Sheffield residents past and present in a similar way to the Hollywood version. Sheffield also had its own Ferris Wheel known as the Wheel of Sheffield, located atop Fargate shopping precinct. Heeley City Farm and Graves Park are home to Sheffield's two farm animal collections, both of which are fully open to the public. Sheffield also has its own zoo; the Tropical Butterfly House, Wildlife & Falconry Centre.

Sheffield hosts a number of festivals, such as the Grin Up North Sheffield Comedy Festival, the Sensoria Music & Film Festival and the Tramlines Festival. The city is famed for a number of notable people, such as Peter Stringfellow, Judy Parfitt, Paul Carrack, Sean Bean, Paul Heaton and Joe Elliot. 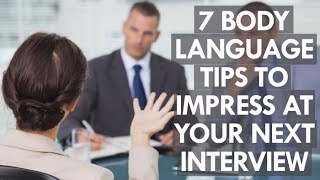 7 body language tips to impress at your next job interview 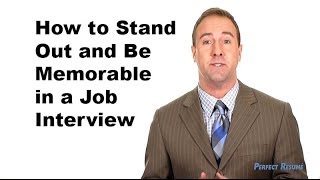 Job Interview Tips: How to Stand Out and Be Memorable 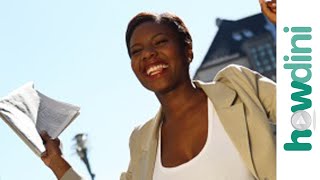 THE COMPANY: Brewster Partners are looking to support with a FTC for 6 months, potentially longer for a construction company based in Sheffield. This...

Implementation Analysts - 3 month initial contract Based in Sheffield Negotiable day rate - please contact to discuss Due to some growth within the...

Implementation Analysts Based in Sheffield Salary based on experience - various levels available Due to some growth within the business, my client are looking...

Page Personnel are currently recruiting on a permanent basis for an Assistant Management Accountant to join a Not for Profit organisation based in Sheffield...

Elevation Recruitment Group are currently recruiting for a large wholesale and distribution business based in Sheffield. They are seeking an additional Credit Controller to join...

A leading Insurance broker providing a range of Commercial Insurance across a broad range of Industry sectors throughout the UK now have an opening...

Temporary Customer Service Administrator Job based in Sheffield - Nigh Shifts 4 on 4 off Hays Office Support are currently recruiting for a customer...

An exciting new opportunity has arisen with our clients, a well-established and award winning estate agency, is currently seeking an experienced property professional to...

CastleView Group is acting as a training and employment company, we are committed to the selection, training, recruitment and development of the top-quality people...

We genuinely hope that we can help you find the right new job in Sheffield.

How well do Sheffield jobs pay compared to London and the UK national average?

See latest aerospace roles in and around Sheffield.

Check out current transport-related roles in the Sheffield region.