Home to Kelingrove Art Gallery and Museum, a dazzling cathedral and Necropolis - Glasgow is a beautiful city at the heart of Scotland.

Glasgow grew from a small rural settlement on the River Clyde to become the largest seaport in Britain. Expanding from the medieval bishopric and royal burgh, and the later establishment of the University of Glasgow in the fifteenth century, it became a major centre of the ‘Scottish Enlightenment’ in the eighteenth century.

The area around Glasgow has hosted communities for millennia, with the River Clyde providing a natural location for fishing. The Romans later built outposts in the area and, to keep Roman Britannia separate from the Celtic and Pictish Caledonia, constructed the Antonine Wall. Items from the wall like altars from Roman forts like Balmuildy can still be found at the Hunterian Museum today. Glasgow itself was reputed to have been founded by the Christian missionary Saint Mungo in the 6th century. He established a church on the Molendinar Burn, where the present Glasgow Cathedral stands, and in the following years Glasgow became a religious centre.

From the eighteenth century onwards, the city also grew as one of Great Britain's main hubs of transatlantic trade with North America and the West Indies. With the onset of the Industrial Revolution, the population and economy of Glasgow and the surrounding region expanded rapidly to become one of the world's pre-eminent centres of chemicals, textiles and engineering; most notably in the shipbuilding and marine engineering industry, which produced many innovative and famous vessels.

In modern times Glasgow has become known for its proud sporting heritage. It hosted the 2014 Commonwealth Games and is also well known in the sporting world for the football rivalry referred to as the Old Firm, between Celtic and Rangers. The heart of the city is George Square, site of many of Glasgow's public statues and the elaborate Victorian Glasgow City Chambers, headquarters of Glasgow City Council. To the south and west are the shopping precincts of Argyle Street, Sauchiehall Street and Buchanan Street, the last featuring more upmarket retailers and winner of the Academy of Urbanism Great Street Award 2008.

The city centre is home to most of Glasgow's main cultural venues - such as  the Theatre Royal which is also the performing home of Scottish Opera and Scottish Ballet, the Pavilion Theatre, the King's Theatre, Glasgow Royal Concert Hall, Glasgow Film Theatre, Tron Theatre, Gallery of Modern Art, Mitchell Library and Theatre, the Centre for Contemporary Arts, McLellan Galleries and the Lighthouse Museum of Architecture. The world's tallest cinema, the eighteen-screen Cineworld, is also situated in Glasgow. The city centre is also home to four of Glasgow's higher education institutions: the University of Strathclyde, the Royal Conservatoire of Scotland, Glasgow School of Art and Glasgow Caledonian University.

A Collection of Help Videos for You 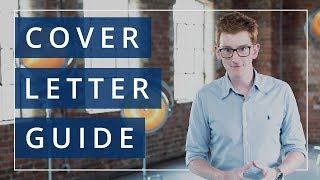 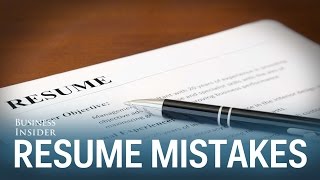 5 Steps to an Incredible Cover Letter

Your new companyA large public sector organisation is looking for an experienced HR Advisor to join them for 12 months. Your new roleYou will...

Due to business growth our Glasgow City Centre client is recruiting now ! They are keen to hear from customer focused Sales candidates to join...

We are seeking a full time Credit Controller to start immediately on an ongoing temporary basis for our client in Glasgow City Centre. Vacancy:Credit...

I have an excellent opportunity for an experienced Assistant Management Accountant to join a well-known Glasgow Employer based just a 5-minute walk from Glasgow...

Case Manager / Financial Services Administrator - (Glasgow) Our client is a large protection and investment company and due to the continued success and...

If you put the customer at the heart of everything you do, you could be right for an opportunity at Lloyds Banking Group. Job...

jobric are hoping we can aid you to acquire a cracking career move here in Glasgow.

How well do Glasgow jobs pay compared to London and the UK national average?

External Guides for Your Interview

Vacancies in towns and cities close to Glasgow

Here's our new graduate vacancies in the Glasgow area.

Check out latest fashion roles in the Glasgow area.