Bristol - known as the 'Birthplace of America' after John Cabot sailed from Bristol on The Matthew to help 'discover' North America in 1497 - is a gem nestled between Bath and Gloucester.

The city played an important role in England's maritime trade in tobacco, wine, and cotton; and its legacy still lives on today. Archaeological finds, including flint tools believed to be between 300,000 and 126,000 years old made with the Levallois technique, indicate the presence of Neanderthals in the Shirehampton and St Annes areas of Bristol during the Middle Palaeolithic. Iron Age hill forts and Roman villas were built near the confluence of the rivers Frome and Avon, and around the beginning of the 11th century the settlement was known as Brycgstow, which is Old English for ‘the place at the bridge’. Bristol received a royal charter in 1155 and was historically divided between Gloucestershire and Somerset until 1373, when it became a county of itself. From the 13th to the 18th century, Bristol was among the top three English cities after London in tax receipts but was surpassed by the rapid rise of Birmingham, Manchester and Liverpool in the Industrial Revolution.

Bristol was a starting place for early voyages of exploration to the New World. On a ship out of Bristol in 1497, John Cabot became the first European since the Vikings to land on mainland North America. In 1499 William Weston, a Bristol merchant, was the first Englishman to lead an exploration to North America. The Port of Bristol has since moved from Bristol Harbour in the city centre to the Severn Estuary at Avonmouth and Royal Portbury Dock. During the 19th century the city was associated with Victorian engineer Isambard Kingdom Brunel, who designed the Great Western Railway between Bristol and London Paddington, two pioneering Bristol-built ocean going steamships - SS Great Britain and SS Great Western - and the Clifton Suspension Bridge.

Bristol's modern economy is built on the creative media, electronics and aerospace industries, and the city-centre docks have been redeveloped as centres of heritage and culture. One of the UK's most popular tourist destinations, Bristol was selected in 2009 as one of the world's top ten cities by international travel publishers Dorling Kindersley in their Eyewitness series of travel guides. The Sunday Times named it as the best city in Britain in which to live in 2014 and 2017, and Bristol also won the EU's European Green Capital Award in 2015. Bristol is home to The Bristol Old Vic Theatre, Colston Hall, Bristol Academy, The Bristol City Museum and Art Gallery, The Watershed Media Centre and Arnolfini gallery all offering bright and vibrant exhibitions and trips.

A Selection of Tips for You 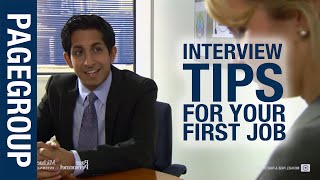 Job Seeking: From Losing to Finding a Job 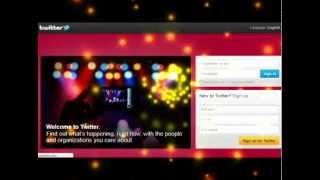 Sales and Customer Service – BristolFeeling stuck in a dead end retail or admin job with no variety or progression? Looking for something challenging...

Overview: My client, an established and reputable FMCG organisation based in Bristol, is looking for an experienced Financial Controller to lead their site finance...

WB Employment are happy to announce that we are working with a well established client based in Severn Beach. We are currently recruiting for...

Head of Finance for an international charity based in Bristol Your new companyHays are currently working with a Bristol based Charity to recruit a...

Would you like to join a business that really does focus on putting customers first? As a fast growing serviced apartment business we are...

My client is a leading tour operator based in central Bristol and they are looking for an enthusiastic travel candidate to join their company working...

jobric are hoping we can aid you to acquire a cracking position here in Bristol.

How well do Bristol jobs pay compared to London and the UK national average?

External Guides for Your Interview

Positions in towns and cities close to Bristol

Here's our recent scientific vacancies in the Bristol region.