Known as the UK’s second city, Birmingham is a hub of culture like no other. Located at the heart of the West Midlands, is the largest and most populous British city outside London, with an estimated population of 1,101,360 as of 2014.

Birmingham's early history is that of a remote and marginal area - a far cry from the bustling city that we see today.The city's name comes from the Old English Beormingahām, meaning the home or settlement of the Beormingas – which suggests that Birmingham was established in the 6th or early 7th century as the primary settlement. The main centres of population, power and wealth in the pre-industrial English Midlands lay in the fertile and accessible river valleys of the Trent, the Severn and the Avon. The area of modern Birmingham lay in between, on the upland Birmingham Plateau and within the densely wooded and sparsely populated Forest of Arden. There is evidence of early human activity in the Birmingham area dating back 10,000 years, with stone age artefacts suggesting seasonal settlements, overnight hunting parties and even woodland activities.

The development of Birmingham into a significant urban and commercial centre began in 1166, when the Lord of the Manor Peter de Bermingham obtained a charter to hold a market at his castle, and followed this with the creation of a planned market town and seigneurial borough within his demesne or manorial estate, around the site that became the Bull Ring. Birmingham grew to international prominence in the 18th century at the heart of what is known as ‘the Midlands Enlightenment’ and subsequent Industrial Revolution. This saw the town at the forefront of worldwide advances in science, technology, and economic development - which produced a series of innovations that laid many of the foundations of modern industrial society.

Today the city is a major international commercial centre, ranked as a gamma+ world city by the Globalization and World Cities Research Network; as well as being an important transport, retail, events and conference hub. Birmingham's major cultural institutions – including the City of Birmingham Symphony Orchestra, the Birmingham Royal Ballet, the Birmingham Repertory Theatre, the Library of Birmingham and the Barber Institute of Fine Arts – enjoy international reputations. This has led to the city having a vibrant and influential grassroots art, music, literary and culinary scenes - no wonder it’s the fourth most visited city in the UK by foreign visitors.

Birmingham's sporting heritage can be felt worldwide, with the concept of the Football League and tennis both originating from the city. It is the home of Aston Villa and Birmingham City football clubs, and is host the 2022 Commonwealth Games. It will come as no surprise then that the city has given the world a number of high-profile stars, such as Jasper Carrott, Cat Deeley, Felicity Jones, Ali Campbell, Jaki Graham, Jeff Lynne, Rob Halford and Ozzy Osbourne. Birmingham is affectionately known as ‘the birthplace of metal’ and has spawned numerous leading bands in the genre, such as Black Sabbath and Judas Priest. 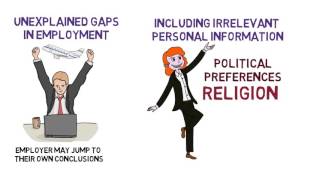 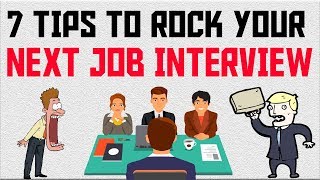 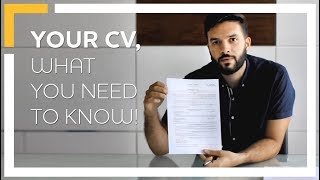 Your CV, What You Need to Know!

Our client is a world leader within the marketing and Sales industry, and is on the lookout for the next generation of Sales Assistants...

An exciting opportunity has come up to work in an amazing, world-renowned, horse racing event, and it has YOUR name all over it! Are...

My client, a leading company in the Education sector based nationally are currently recruiting for Area Managers on a permanent contract. The salary is...

Reed Accountancy Practice are working with this large Payroll Bureau to assist in finding a Payroll Manager for their team. The company run a...

Do you want to work for one of the world's leading manufacturing equipment specialists? Do you want the brand and structure to clearly define...

CLASS 2 DRIVERS We are currently recruiting a number of Class 2 Drivers for a well known client based in the Birmingham area. The...

IT Suppport Engineer with strong VMWare and Server experience is required by a Construction Software House based in Birmingham.The successful candidate will work...

THE COMPANY My client is a leading distributor of materials for the construction industry. They are looking for an Area Sales Manager to sell their...

Our office in Birmingham is located in the heart of the city centre and a five minute walk from two train stations - you're...

We genuinely hope that we can help you find the right new job in Birmingham.

How well do Birmingham jobs pay compared to London and the UK national average?

See current admin-related positions in and around Birmingham.